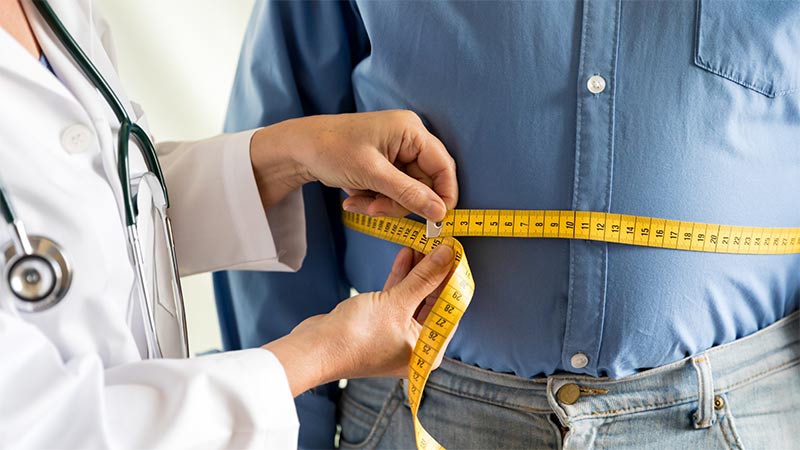 Over the years, there has been a plethora of research done on how the quality of our air impacts our health and well-being. We’ve learned that it can cause illnesses such as respiratory infections, different cancers, and that it is linked to autism in children; however, there has just been another finding that no one saw coming: breathing in dirty air can make you fat. You may be sitting at your desk wondering, “Wait, how can air make me fat, it’s just air!” This finding may seem preposterous to most, but various studies have been conducted that show it is a very real issue. Two people may be on the same diet regimen and exercise regularly; however, one may experience more weight gain depending on the quality of air in their home or immediate surroundings. The two main culprits that diminish the quality of our air are cigarette smoke and traffic fumes. These two pollutants are composed of microscopic, irritating particles that cause inflammation within our bodies and interfere with our metabolism’s ability to burn energy. While in the short term the effects of breathing in these toxins appear to be harmless, over an extended period of time it can contribute to the manifestation of serious diseases, as well as rapid weight gain.

How strong is the evidence for these air quality-weight gain studies and should you be worried?

In a laboratory study conducted at Ohio State University, laboratory mice offered some of the first notions that air pollution may cause more problems than just respiratory illnesses and the like. The breeder of the mice, Qinghua Sun, was interested in examining why those that lived in more urban areas were at a greater risk for heart disease, when compared to those that lived in more rural areas. He took into account that there are more, readily available, unhealthy food establishments located in urban areas, which could contribute to the reason for this issue; however, he wondered if there was something else, perhaps in the air that we breathe, that could be exacerbating this problem.

To test his theory, he began to raise his mice in different types of conditions, which were based off of a plethora of cities. For example, some mice were given clean, filtered air, which represented the air quality in more rural areas; while other mice were given dirtier, unfiltered fumes, which represented the air quality in more populated, urban areas. During this study, all of the other factors were kept the same and the only independent variable was the quality of the air, therefore controlling for any confounding variables that could also account for weight gain. Throughout the process of administering the different air qualities, Sun’s team tracked the mice weight gain and examined how their metabolism functioning was effected.

After a period of 10 weeks, researchers could already see very apparent effects in the mice that were exposed to the dirtier air. The mice exposed to the air pollution, when compared to mice exposed to clean air, showed a higher percentage of body fat, both around their stomach and their internal organs. It was also shown that the fat cells in mice inhaling pollutants appeared to be 20% larger than those in mice that were exposed to the clean air. Additionally, these mice seemed to have become less sensitive to insulin, which is a crucial hormone responsible for turning our blood sugar into energy.

This study, along with other subsequent animal studies, show that pollution has the ability to trigger an avalanche of reactions within our body. Pollution that is present in our cities is made up of tiny particles, about 2.5 micrometers wide. When we breathe in, these particles irritate the minuscule, moist air-sacs that normally allow oxygen to pass through our blood stream. As a result, the lungs’ lining gets irritated and causes our nervous system to shift into overdrive.  This includes the release of hormones that reduce insulin’s potency and draws blood away from the insulin-sensitive muscle tissue, preventing the body from maintaining control of its blood sugar levels.

The minuscule particles may also unleash inflammatory molecules called “cytokines”, which can wash through the blood and cause immune cells to attack healthy tissue within our bodies. This interferes with the tissue’s ability to react to insulin; the additional inflammation can also affect the part of the brain that controls and regulates our hunger cues, according to Michael Jerrett at the University of California. All of the above not only knocks our normal bodily functions out of whack, but it can also lead to more serious metabolic disorders, such as obesity and diabetes.

Moving past animal studies, when we look at humans in various cities across the world, we can see these findings manifest themselves within our population. For example, there was a study that was conducted in Ontario, Canada over a 14-year period. Researchers looked at the medical records of over 60,000 people and found that the chance of getting diabetes rose 11% for every 10 micro grams of fine particles in a cubic meter of air. This statistic is quite concerning, especially because some cities in Asia can reach up to 500 micro grams per cubic meter of air. In another study, a Swiss population of 4,000 people was examined and they showed similar signs of increased hypertension, insulin resistance, and waist circumference.

Scientists are also very concerned that children may be affected as a result of mothers breathing in harmful pollutants, which could lead to child obesity. There was a study, conducted by Andrew Rundle at Columbia University, where he studied mothers and children who grew up in the Bronx. During the pregnancy period, he had these women wear backpacks that monitored the air quality as they went about their day. When the children were born he had researchers monitor their air quality as well. Controlling for other confounding factors (such as socioeconomic status or diet), the children born in polluted areas were 2.3 times more likely to be obese when compared to children raised in cleaner environments.

Although these findings seem disconcerting, you shouldn’t over analyze them. According to Abby Fleisch at Harvard Medical School, “They only draw a link between exposure and outcome, but can’t prove that one factor causes another.” However, her studies agree with the previous statistics and studies- even in the first 6 months of life, babies that live in polluted areas are shown to put on weight more rapidly than those in cleaner environments. She explains that this doesn’t mean the air quality is the end all answer to this phenomenon, but it definitely plays a role to some extent.

So if this link is proven, how can we protect our families and ourselves from something that literally encompasses everything around us?

Researchers say that long term solutions can include things such as implementing the use of electric cars and solar powered devices. Streets could also be redesigned to help protect pedestrians and cyclists from inhaling pollutants. In the short-term, air-purifiers and higher quality filters can be placed in homes, schools, and the workplace to filter out toxins that may be hovering indoors.

It is crucial that we take control of our pollution issue that is slowly growing at a steady rate. Although some cities in the world, such as Paris and London, seem to have pollution under control, things may not be as perfect as they seem. Pollution, especially air pollution, is often overlooked because it is something that harms us after long-term exposure. Because it’s not something that harms us right away, it’s not seen as a high priority concern. It’s unfortunate that many people don’t take this issue seriously because these long term effects are so detrimental to our society.

Within the past few years, we have seen that Europe and North American have shown some effort to lower their pollution; however, it is imperative that the rest of the world attempt to do so as well. Researcher Robert Brook from the University of Michigan says, “From the standpoint of improving health across the world, it should be one of our top 10 worries.”

Wow! This article is fabulous and so informative! I'm going to suggest that my school buys these filters. I have had respiratory infections and need to breathe clean air. No filters compare to Air Sponge!! We need to stop breathing polluted air. I highly recommend these filters to all!! Thank you, Linda Rosen

I have a new Carrier AC It will not accept your old filter its too thick, there is a sucking sound when I use it which means i need a thinner size?? ( the motor is a one half horse power)