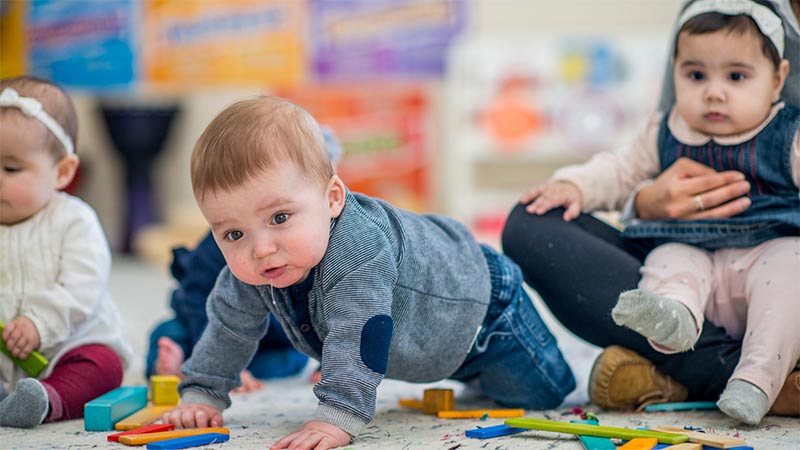 On average, humans consume about one kilogram of food, two kilograms of water, and about twenty kilograms of air per day. As human beings, we consume a lot of oxygen every day and this allows us to thrive and live healthy lives. The quality of our air supply can have tremendous effects on our health. One major health risk from breathing toxin-filled air is that it can lead to birthing a child with autism.
According to a recent study conducted by the Harvard School of Public Health (HSPH), exposure to airborne toxins during a women’s third-trimester of pregnancy was shown to increase the risk of her child having autism. In the study, the researchers focused on pregnant women who took part in the Nurses' Health Study II, a group of more than 116,000 female U.S. nurses who agreed to be tracked starting in 1989. Using air pollution data from the U.S. Environmental Protection Agency, they were able to estimate the levels of the pollutants at the time and place of each child’s birth.
Once all of the data was analyzed, the results showed that women living in areas with the highest levels of airborne toxins (specifically diesel or mercury) were twice as likely to have a child with autism, compared to those living in areas with the lowest levels. Additionally, women who were exposed to other types of airborne pollutants—such as lead, manganese, and methylene—were about 50 percent more likely to have a child with autism than women who lived in areas with the lowest concentrations of these toxins. These results were found after controlling for other risk factors for autism, such as low income, education, and smoking during pregnancy. This study, along with many others, supports the belief that airborne pollution is linked to child autism. According to Michael Rosanoff, director for public health research for the Advocacy group Autism Speaks, he says, “Not all mothers exposed to air pollution will have kids with autism; however, we know autism is complex. We know there is underlying biology in combination with environmental exposure that may have caused their kids' autism. (But) air pollution appears to increase the risk two-fold."
The scary part about breathing in these airborne toxins is that you may be totally unaware that you are doing so. Some of the most hazardous air pollution is made up of billions of microscopic particles that you are unable to see with the naked human eye. Breathing in these particles that come from pollutant sources such as cars, trucks, and industrial emissions can be very damaging over time. This is just one of the many reasons why breathing clean air is so important to people. In today’s society, everyone is concerned with looking healthy and eating healthy. Losing weight or gaining muscle are visual representations of meeting the status quo of being “healthy”. However, other factors that affect your health, such as air quality, are often overlooked. The reason this happens is because we can’t physically see anything in the air supply that we are breathing, so we rarely pay any mind to it. We also don’t look any different when we breath clean air vs. less clean air; however, there is one major difference—how we feel. Breathing dirty air over an extended period of time is associated with lung-related illnesses, increased risk for heart attack, and can shorten life by one to three years (U.S. E.P.A.). In less serious situations, it can simply cause you to get sick more often (such as catching the common cold or coughing frequently). In either case, none of the results are desirable by any means. Luckily, this problem can easily be avoided by taking a few precautionary steps. One step that can be taken outside the home is considering pollution levels in certain areas when deciding where to live. Additionally, encouraging more environmentally friendly practices such as walking, biking, or carpooling to school can also reduce the amount of pollutants in the air you breathe.
Inside the home, there are several steps that you can take in order to ensure that you and your family are breathing clean, toxin-free air. One of the first things you should do after you move into your home is to invest in a high-quality air filter. This is a crucial tool because without an efficient air filter the air conditioner is just recycling the dirty air into your home. The air filter acts as a sponge that catches toxins and keeps them from lingering in the air you breathe.
Other additional steps you can take to keep your air clean are to:
All in all, having a healthy baby requires taking proactive measures in this day and age. There are a plethora of unseen dangers that can be harmful to the unborn, and they are much more prevalent than years ago. Despite this fact, if we take the necessary steps to provide cleaner air for our families, it will make a world of difference in the future health of our babies.
Previous Post
Next Post